COMRADE:A.Varghese (AS REMEMBERED BY CHOMAN MOOPPAN in 2002) --who was a comrade-in-arms of Varghese 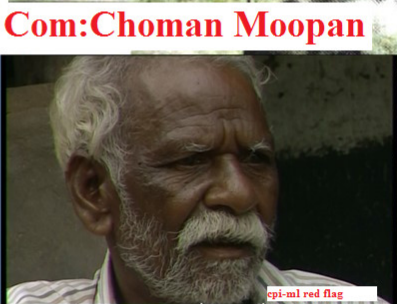 . Thirty-two years after he is gone, com: Varghese, whose `martyrdom day' was observed on February 18The reverence, gratitude and affection the Adivasis have for him was on display at a huge rally taken out in Mananthavadi town on Monday evening. Organised by the CPI(ML) Red Flag, the rally consisted mostly of Adivasis from the Thirunelli panchayat, where Varghese was shot dead on February 18, 1970 (The retired CRPF constable, Ramachandran Nair, had in a public confession in 1998 revealed that he had shot Varghese point blank on orders from his superiors during the height of the anti-Naxalite drive).
The 70-something Adivasi headman, Choaman Mooppan--who was a comrade-in-arms of Varghese raised a red flag at `Varghese Paara' in the morning. Varghese Paara, a rock on which the COM:VARUGHESE shot dead, is in the Thirunelli forest. The rock is now kind of a sacred place. Hear it from Choaman Mooppan, who along with seven other Adivasis had to spend eight years in the Kannur central prison following the Thirunelli-Thrissileri actions.
``Back then, we were like slaves,'' the Mooppan, sitting in his humble home in the Varinilam Adivasi colony at Thrissileri, began. ``From daybreak to sundown, every Adivasi above age 10 had to work in the Thambraan's (feudal landlord from the Warriyar, Pattar, Nambisan or Nair castes) fields. A day's wage for the male was three `maanam' (a measure that is less than a litre) paddy and 50 paise and for the female two maanam and 25 paise.'' Even this absurdly low wage was often shortchanged.They were all bonded labourers, the Mooppan recalls. The bondage was renewed annually at the famous Valliyoorkkaavu festival. The landlord would pay some cash and a few measures of paddy by way of advance. For the next one year, the Adivasi's life would be chained to the fields.The Mooppan said that while speaking to the Thambraan, the Adivasis were not allowed to use Malayalam; the Adivasi dialect alone was permitted. If they ever dared wear their `mundu' below the knee level, they got beaten up instantly. They were expected to give way for the Thambraan even while walking on a public road. By organising a series of Adivasi agitations, Varghese got the daily wage raised to three litres of paddy and 75 paise for men and two litres and 50 paise for women. This turned all the landlords against him. Later, he got the `valli' system (paying paddy as wages to the workers) changed to cash. ``The impact of this is beyond comprehension today,'' Mr. Kaalan said. He recalled that the first cash wage then was Rs. 1. 50. Varghese's agitation later led to the gradual scrapping of bonded labour in Wayanad Mr. Kaalan remembers that Varghese and his comrades would `encroach' on the landlords' land and build huts for the homeless Adivasis by night; the landlords' men would demolish them by morning. Varghese used to give lessons to the Adivasis and this was how Mr. Kaalan and the Mooppan acquired basic reading and writingskills..Varghese gave us the courage to challenge the landlords'exploitation,'' the Mooppan said. . 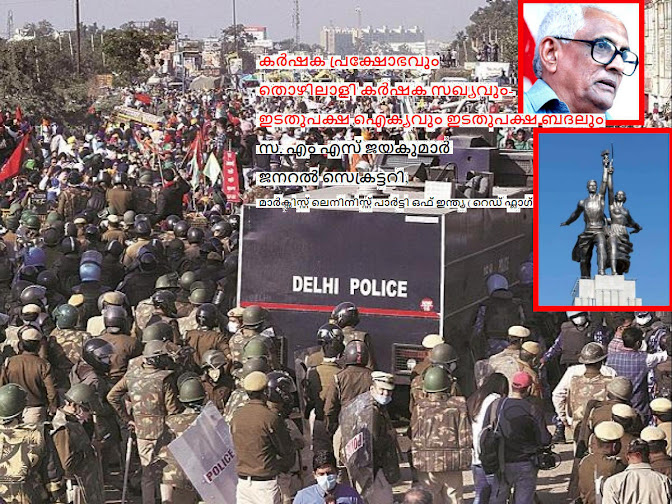